Beth was nominated by Katherine & Willis and this is what they had to say:

“I would like to nominate Beth for the Star Teacher award. Beth is an excellent teacher, explaining each step and activity clearly and giving individual guidance when needed. She has a very calm demeanour and the enjoyment she gets from teaching is evident in every lesson. Most importantly for me is Beth's desire and patience to get to know the children. She praises them for their own achievements, regardless of how small they may be. My son has always been shy when meeting new people/not seeing people regularly. Beth recognised this immediately and didn't force any interaction, not borrowing him for a demonstration until she was sure my son knew and trusted her. My son has been swimming with Beth for almost a year and I have a little boy who loves swimming and thrives in the lessons. Thank you, Beth!”

The nomination was chosen by Beckie Ramsay who campaigns for Doing it for Dylan. This is what she had to say:

“Every time I read this nomination it brings a tear to my eye. The swimming teacher in question obviously goes above and beyond. Beth has a good way of explaining procedures and giving guidance where required. She sounds as though she pushes her little swimmers just enough but not too much. Beth sounds like she loves being a swimming teacher. I think it is fantastic that all efforts are recognised no matter how small and praise is given for every achievement. Beth has brought out the best in her students. Gaining trust, confidence and an understanding of each individual`s needs. Beth has gained children's confidence in the water at the child's pace which truly matters where water is concerned. I love the fact that this little boy now loves his swimming lessons and it seems to be all thanks to this amazing teacher. It sounds as though activities are well planned and having a calming demeanour in the water can only be good for shy or nervous learners and parents alike. I also believe the confidence gained in the water will be taken and used in other areas of life. I would like to say a huge congratulations to this years’ very worthy winner.... well done." 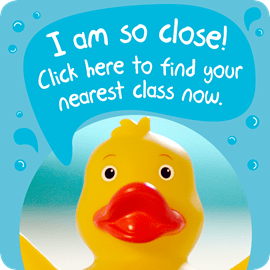