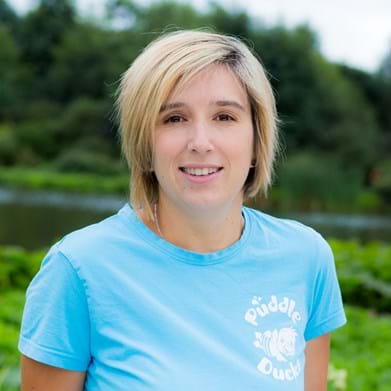 Sam was nominated by Ashlea Foster and this is what she had to say:

“I can’t thank Sam enough for everything she has done for Alfie, she is an excellent teacher who always goes the extra mile. Alfie was born 14 weeks early and was on oxygen when we joined. Sam rang to make sure she was fully up to speed with him and his needs. Sam treats Alfie just the same as the other children and although adjustments were made, she drew no attention to Alfie’s disabilities and differences whatsoever. This was refreshing as we have avoided going to some places as we have felt like all eyes were on Alfie and that's not what we wanted for him. Alfie has responded so well to her and we’ve seen such an improvement in him, not just classes, but his development in general, which has been noted by his medical team. Alfie loves his swimming lessons and we look forward to attending each week.”

The nomination was chosen by Dave Candler, CEO for The Swimming Teacher’s Association (STA).

“The teacher went that extra mile prior to any lesson taking place. This shows not only great consideration and respect for the whole family but I am sure this would have put the parents much more at ease and would have gone a long way to gaining their trust. It is heartening to know that the classes have had such a positive impact on all areas of the child’s life. Hearing this is an inspiration to us all and should be encouraged.”