Puddle Ducks held their annual conference on 9th February at Cranage Estate in Cheshire, part of which is the Franchise Awards; two Awards for Excellence and one Franchisee of the Year. 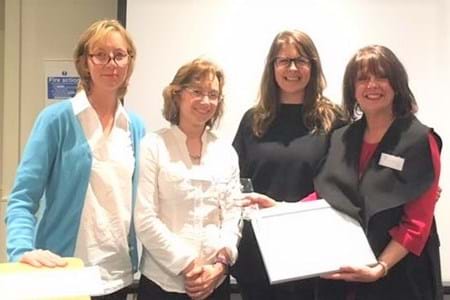 The first Award for Excellence was presented to Bristol & Bath franchisee Sarah Austin by Julia Bickerton from Calvin Marketing. Sarah has been with Puddle Ducks since 2008 and her franchise now teaches classes in 15 different pools and has a staff of 34. The award was given for her unwavering positivity and the support she gives to her team.

Sarah had this to say “It's so good to be recognised by the wonderful owners of Puddle Ducks Jo Stone and Tracy Townend. This award is shared with the Bristol & Bath team who are the most committed, passionate and hard-working women I could wish for.” 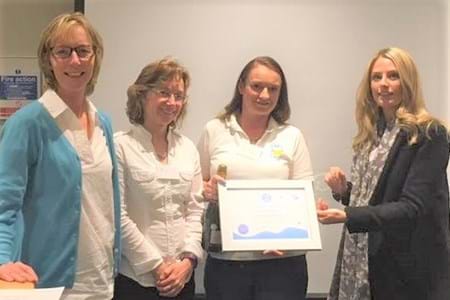 The second Award for Excellence, presented by Holly Latham from Calvin Marketing, went to Tees Valley franchisee Alison Abbott. Alison has run the franchise for two years and currently has classes in eight pools across the area. During the Puddle Ducks Charity Pyjama Week in November (when the swimmers raise money for wearing their PJs in the pool and competing a life-saving and personal survival skills lesson plan), Tees Valley swimmers managed to raise more than £12,000, almost a quarter of the total raised across the network of 33 franchises. Alison said “Thanks to all of our amazing fundraisers! This is a fantastic achievement and I'm so proud and emotional!!” 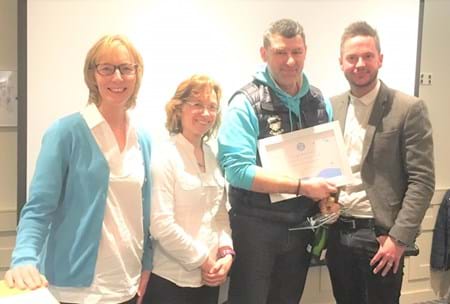 The final award of the night was for Franchisee of the Year and was presented by Neil Clough, owner of This Is Prime and former contestant on The Apprentice, and that was awarded to Clive and Lindsay Relf of Puddle Ducks West Kent & East Sussex. Clive and Lindsay have been Puddle Ducks franchisees for four and half years, starting out with Clive teaching all of the classes and Lindsay doing the admin. They now teach in 14 different pools and employ 30 staff. The decision to award them Franchisee of the Year was taken because “they are both incredibly passionate about their business and about Puddle Ducks as a product/brand. The care and attention that goes into their business is admirable and inspirational and they are always willing to take part in focus groups. They want to make things as good as they can be, not just for their area but for the network as a whole.”

Unfortunately, as it was a school night Lindsay couldn’t attend, so Clive collected the award; “I'm honoured and delighted to receive the award - but I feel a fraud as the boss isn't here to collect it herself!”