The British Franchise Association (bfa) was established in 1977 and aims to promote ethical franchising throughout Great Britain, as well as internationally as a member of the World Franchise Council.

We are very proud to be full members of the bfa which means we have a proven trading and franchising record. 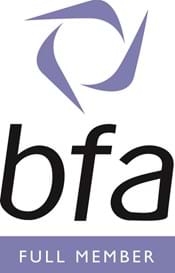