WOW WOW WOW!! You are amazing!! Thank you so much to everyone of you who donated or raised sponsorship during our Charity Pyjama week!

I am delighted to announce that we have raised a MASSIVE...... 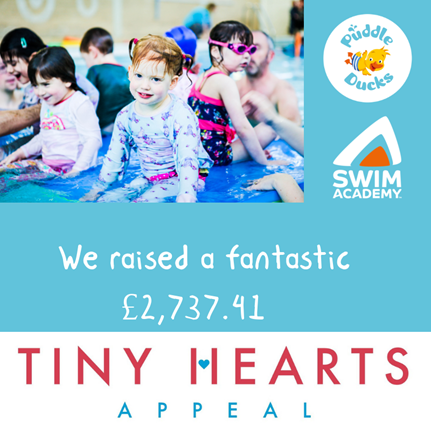 Our highest fundraiser during our Charity Pyjama Week for #TinyHeartsAppeal, and the winner of the fantastic prize bundle including 10 Puddle Ducks Classes with us, Cannon Hall Farm Family entry, a 'Happiness' Spa package for two at My Little Farm Spa, a Johnson's Hamper, and lots of Puddle Ducks gifts is..........

🎉🎉Kirstie Dickens with Kole who swim at Newhall Farm on a Thursday morning who raised a massive £292.00 in sponsorship!!!🎉🎉

🌟🌟It was extremely close as Harry Lee Nelson who swims at DW Fitness Leeds on a Saturday raised an amazing £290.00!! Thank you sooooo much!!

A special mention to all these swimmers who raised over £50 in sponsorship for their little ones during our Charity Pyjama Week for #TinyHeartsAppeal, we are so so grateful. Everyone including anyone who donated / raised over £20 will go into our draw to win 10 Puddle Ducks Classes with us!!  Then winner was Dexter Clarke who swims at DW Fitness Leeds in Birstall, and who raised £100 by asking everyone himself, and worked so hard to raise money as him and his sister were both born premature.

Myself, Joanna and Puddle were invited to the official opening of the new Barnsley Neonatal Unit, which was such an honour and we got to present our big cheque too!! 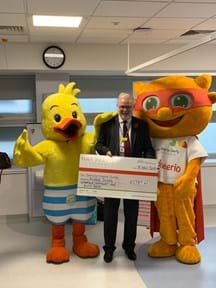 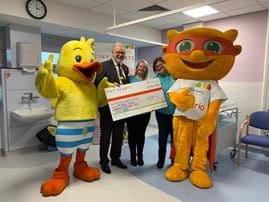